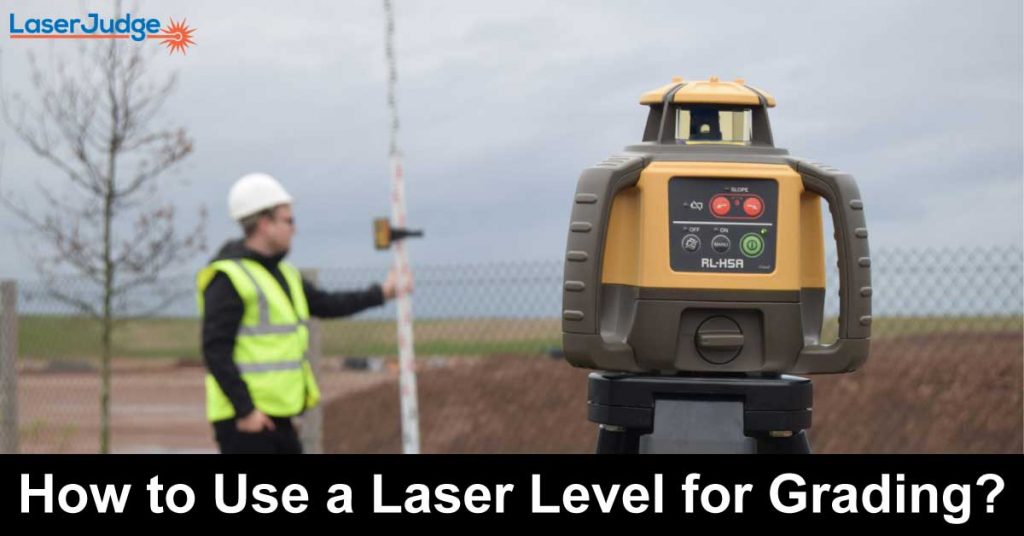 Grading is the process of checking and ensuring the base level prior to the construction of a building, road, or landscape. One has to find and even out the unequal surface for foundation construction, landscaping, drainage, and other works. Without grading, one can easily go for the construction but there is no guarantee of his property’s safety. Here I am going to explain the use of a laser level for grading.

Why Use a Laser Level?

This is an interesting question. There are many leveling instruments out there that you can use for grading including dumpy level, plane table, digital level, Aneroid Barometer, and hypsometer. All of them might be good at their work but none is comparable with a laser level when it comes to accuracy, ease to use, and hence compatibility. A laser level not only ensures accuracy but also works better and easier. You don’t need to purchase the specific laser levels for different tasks as one can handle all sorts of leveling.

In grading, you will need a laser level that can indicate the rough surface even when there is a difference of half an inch. A simple laser level can excellently handle the small area. The actual problem starts in the grading of a large area where a laser receiver has to be used. There you will have to follow the proper guidelines for accurate grading.

There are a few things you will need while grading. You can, somehow, avoid these tools and go with the laser level only. But I recommend you not to compromise on it especially in the case of grading where accuracy is everything. So it is better to not rely on innovational hacks.

Just follow my below steps for how to use a laser level for grading? Let’s start.

First of all, place the tripod on a surface you are going to even. Setup the tripod firmly. Spread its legs at an equal distance. You should place it in a way that it does not move (due to air). Before going to the next step, you should be 100% sure about the stability of the laser level.

Now you have to move the grade rod randomly at different positions to take the different readings. Try to take as many readings as you can. The more reading you take the more chance you have for successful grading. You have to lift up or sometimes dig down the grade rod into the ground.

In the end, mark the uneven positions. The next step will absolutely be about evening those surfaces in any suitable way.

Grading is an important part of the construction and everyone likes to do it perfectly. So, these were the steps following whom you can precede to the successful grading. Also, don’t ignore the importance of the selection of the best laser level for grading. Of course, it is better equipment which leads to the better result. You can ask your queries in the below comment section. Have a great day!

Laser Judge is a site where you will find unbiased reviews of Laser products and accessories.

Laserjudge.com is a participant in the Amazon Services LLC associates program, an affiliate advertising program designed to provide a means for sites to earn advertising fees by advertising and linking to amazon.com