You just got shot. The blue ball of fire hit right where your heart should be. Uh! Slim chances to survive. Right? Except the blood remnants oozing from your body are a poof of smoke and some green light. One jerk and you are ready to live another ‘life.’ All this sounds like stuff from the land of myths and karma. But all we are talking about is the world of laser tag games.

If you are not aware, laser tag games are highly specialized recreational sports that involve shooting the enemy through a gun that emits infra-red light to tag the target with a sensor. An intricate network of hardware, communication devices, and integration software brings about this phenomenon of simulated wars and competitive fights. 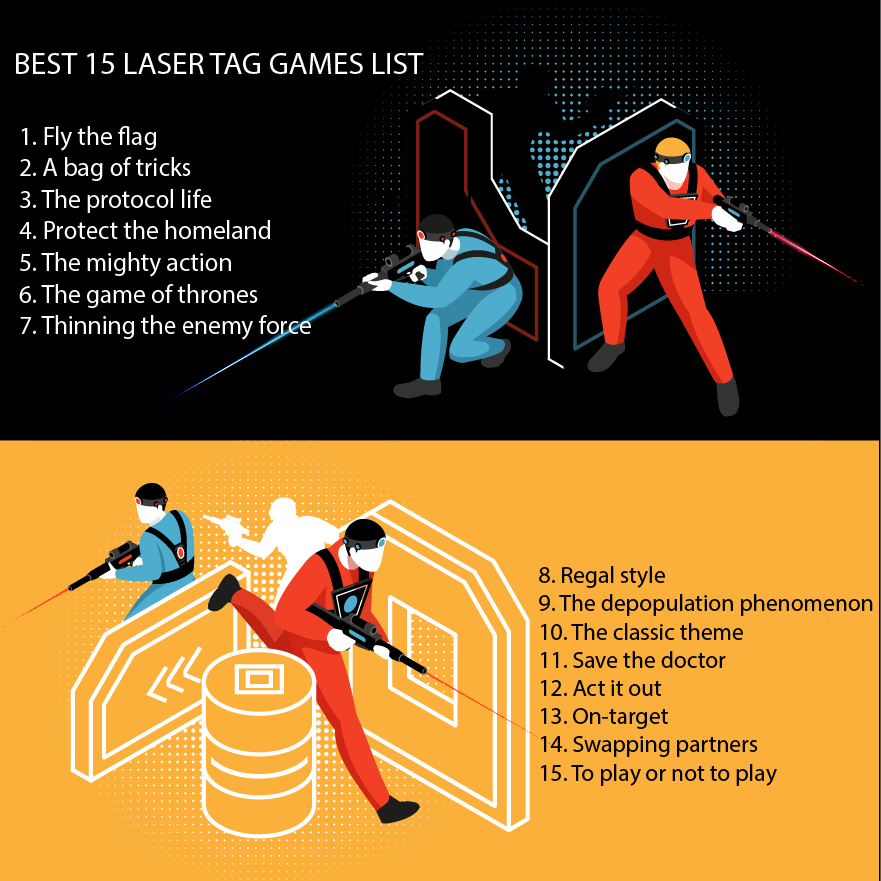 Suitable for all people older than sixteen, laser tag games are a breath of fresh air from the sedentary lifestyle and addiction to phones. So let us do away with the scrolling and discuss some of the best laser tag games to play at home. All you need is some equipment and sufficient sporting partners to venture forth. Enjoy the ride!

Seize the flag and run for your life till you touch the base without being tagged to death. This game involves capturing the enemy’s flag to win in a fixed time setting.

Ducking and sneaking was hard enough, but the road isn’t straight on this one. The lights depicting the target areas are nowhere to see, and you walk blinded down the road to victory or loss on the bad days.

The purpose of every player is to save ahead figure or VIP while taking down the enemy with skillful shots. Huddle around, build a human wall, or simply hideaway your person, since whichever team loses their VIP gets defeated.

This game involves tactics to save your base area while attaching the enemy camps. First, get hold of important positions, and eliminate as many opponents as possible. Then sneak unannounced into the enemy territory, or take them with full rage from the front.

Based on a character from the Marvel series, this full-force action involves attempts to eliminate ‘the player’ from the juggernaut- the center position, till s/he gives way and another one becomes the replacement.

Domination matches involve a player staying in or besieging an area for a length of time. The longer you stay, the heavier your point bag, till the ending bell rings and whoever has the most score wins.

Also known as elimination matches, these games involve teaming and shooting. When a player gets tagged a certain number of times, they lose their life. Whichever team narrows down to zero players first is the loser.

Also named as solo elimination, the battle royale matches involve tagging and removing players from a game till only one survivor, a.k.a the winner, lives.

‘You only live once’ stands true here. You tag and kill away the opponents, and they can’t reimburse the players. So the enemy forces thin out till the last one dies, making you the winner.

One of the most played versions out there; this good old game includes shooting at the enemy till the time runs out. Then you count the number of shots on each player and compare to land a winner.

A medic or life-saver is selected in each team who can ‘refill’ the power and save the lives of the fellow runners. Each side needs to protect their medic. Otherwise, they will have a limited number of lives left as a whole and shall be playing against time.

Known by names of convoy and role-playing, this game involves one team acting as a caravan that needs to start their journey towards a fixed end. The other team tries to get them and tag each member to death. Whichever side accomplishes this mission wins the race.

A jar of folded papers with each player’s name written on one is passed around. The players pick a folding to land their target, which they should tag as their chaser goes after them. The cycle continues till the last man survives.

A mixture of fun and perplexity, this game jogs your memory cells like no other. Players are supposed to fight for a team till a timer goes off, and they are expected to switch sides randomly. So, based on the principle of probability, you never know which side you will be on when the finishing bell rings.

Confusion between teammates and opponents is fairly common too.

We have named and explained some of the most common and fun-filled laser games to play at home. It uses an infra-red shooter and receiver network to tag the enemy and run for survival. Let us wind up with a conclusion.

15. To play or not to play-conclusion:

While laser tag games are an opportunity for kids and adults to shake away from the dream-like situation in front of their gadgets and indulge in some lively fun, many people have expressed their reservations. People blame these games for inculcating violence in the personality of players.

But we believe that laser tag games, which by no means use actual laser, when played in the proper spirit, are a great way to burn those calories and build that team-play habit. They teach you lessons in loyalty and working under stress. And most importantly, you get a knack for using tactics to work through challenging situations.

So play away at home with your friends and family for some live-action and memories that last forever. And don’t forget to remember Sheldon Cooper as you marvel at this invention of science. Very happy gaming to you! 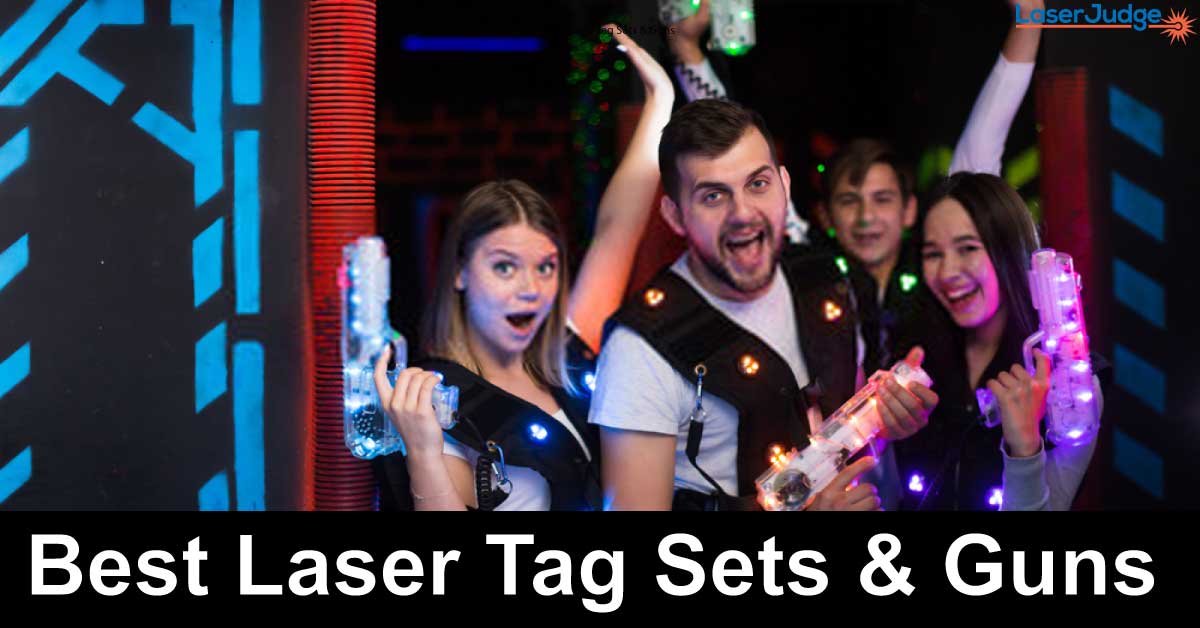